Groundwater Control by Exclusion and Pumping

A useful starting point in understanding groundwater control methods is to think about grouping all the techniques into one of two main types: groundwater exclusion or groundwater pumping.

This approach is based on installing an impermeable physical cut-off wall around the entire site to exclude groundwater from the excavation. 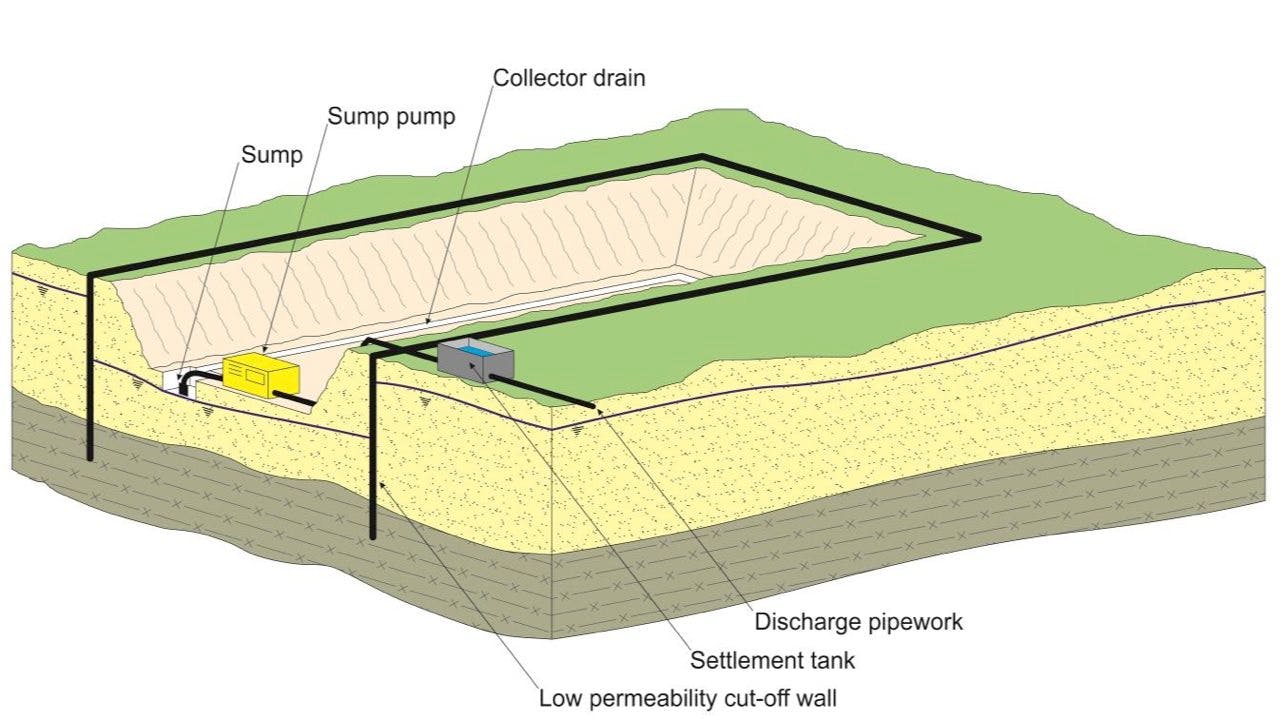 This method can, in theory, avoid groundwater pumping, apart from pumping out the water trapped in the area enclosed by the cut-off wall. In reality things can be a bit more complex. Firstly, no cut-off wall is truly impermeable, so there may be small water leaks at joints even in cut-off walls constructed to high standards. Secondly, if a low permeability stratum is not present at a relatively shallow depth below the base of the excavation (for the wall to ‘toe into’) then a cut-off wall cannot completely exclude groundwater from the excavation. In any case, some sump pumping capacity will be needed to deal with surface water from precipitation that falls in the excavation.

Therefore, a physical cut-off wall should be viewed as a tool to potentially reduce or minimize the requirement for groundwater pumping, but not to avoid it completely. It should also be recognized that the suitability of groundwater exclusion approach using a cut-off wall is highly dependent on ground conditions, especially the presence of a low permeability layer (such as clay or unfissured bedrock) for the bottom of cut-off wall to be sealed into.

Several different methods can be used to form cut-off walls:

A disadvantage of most of the cut-off methods is that they leave a permanent low permeability wall in the ground, which can act as a long-term barrier to groundwater flow and potentially create environmental impacts. If this is a concern it may be possible to use cut-off methods that are temporary. For example, if artificial ground freezing is used, the groundwater will thaw out when freezing is discontinued, or steel sheet-piles can be extracted at the end of the job. These temporary methods should not have a significant effect on groundwater conditions at the site once the project is completed. However, methods which permanently block groundwater flow (for example grouting) can permanently alter groundwater flow regimes at a site – it is essential that the potential impact of this be assessed at design stage.

This approach is in contrast to the exclusion approach in that it is based on pumping groundwater as the main method. For deep excavations in permeable ground conditions the pumping rates may be large, with a correspondingly large ‘zone of drawdown’ around the excavation, within which nearby structures or water users may be affected.

Groundwater control by pumping is also known as groundwater lowering, construction dewatering or simply dewatering. In essence, it involves pumping groundwater from an array of wells or sumps, located in or around the excavation, to temporarily lower groundwater levels to allow excavation to be carried out in dry and stable conditions. 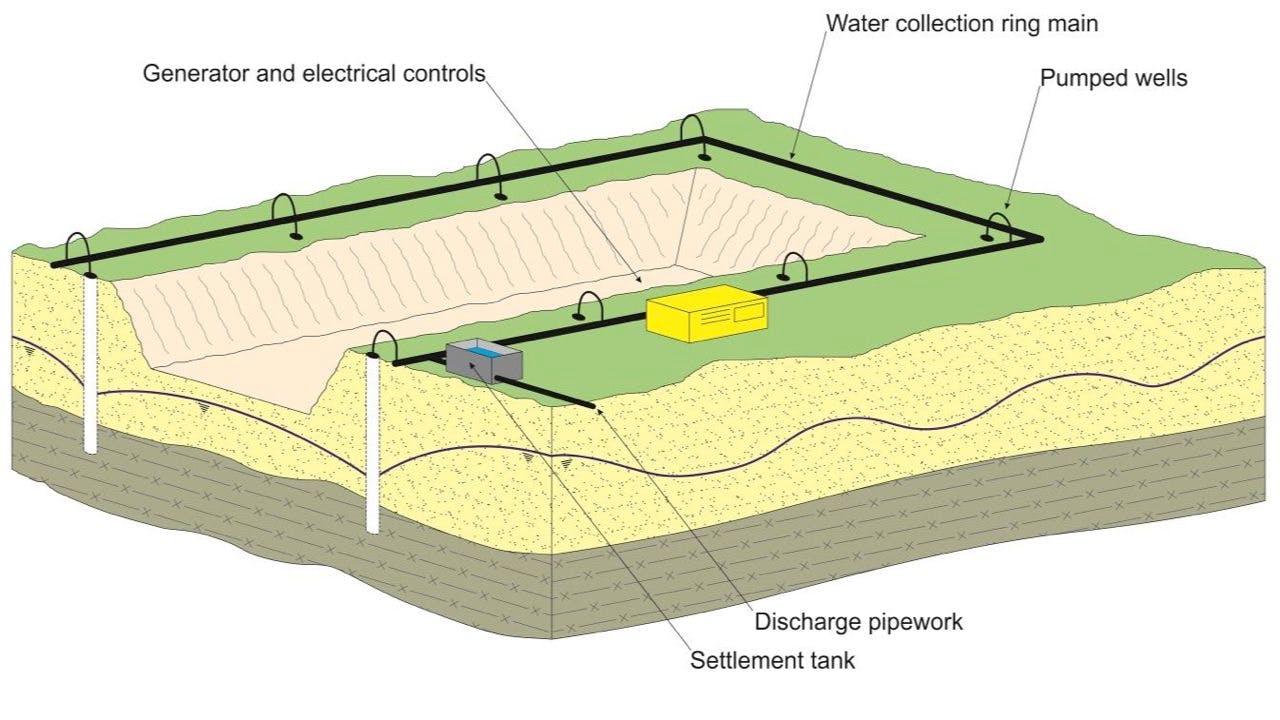 There are four principal dewatering pumping techniques. It is important to understand that hese techniques are not readily interchangeable. Each technique has a relatively narrow range of application relative to two key parameters: the drawdown required and soil permeability (hydraulic conductivity).

The four main dewatering techniques most commonly used are:

Further information on groundwater control methods can be found in the textbook Groundwater Lowering in Construction.